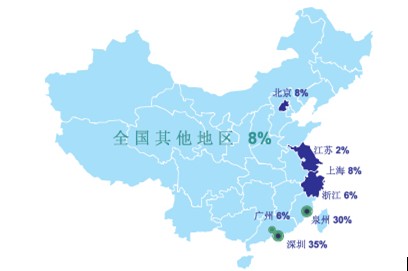 Intrusion detection systems use physical methods and electronic techniques to automatically detect intrusions that occur within the deployment monitoring area, generate alarm signals, and indicate areas where alarms have occurred, showing systems that may take countermeasures. Intrusion detection systems are important facilities for preventing accidents such as robbery and theft. In the event of an emergency, it is possible to accurately display the location of the incident in the security control center through the sound and light alarm signal, so that emergency measures can be taken promptly.

The intrusion detection system includes an intrusion detector; the signal transmission part includes a dedicated line, borrowing lines and wireless; and a burglar alarm controller can generate an alarm sound, display an alarm location, and store and record alarm information.

In terms of market demand, for the traditional military industry, there is a large demand for anti-theft products, and the total amount is relatively large; for the financial sector, the market has become saturated, but the establishment of the National Postal Savings Bank and the management of credit cooperatives This area has once again become the focus of market attention; schools, especially new campuses under construction in universities and university cities in various parts of the country, are in great demand; but for factories, mines and civilians are two areas in the initial stage, and each Features. The civilian field pays more attention to the beauty of products and the ease of service and operation, and the market is mainly concentrated in a large number of newly-built communities. Due to the fact that most of them have large-scale and outdoor facilities, the perimeter protection system is the focus of their development.

2. Technical development of the alarm host

With the continuous improvement of user needs, the concept of the alarm host has also begun to change, from a single alarm dialer to today's intelligent control platform, with more value-added service capabilities.

At present, the alarm host adopts a modular setting for the convenience of users' secondary development. When the product is shipped from the factory, in addition to the core components, the vendor also reserves some interfaces. Most additional functions are achieved by adding different modules, such as network modules, GPRS modules, voice modules, and home appliance control modules. .

In addition to the integration with smart homes, the alarm host also added text messaging and voice functions. Its main purpose is to improve the system's practicality. In addition to issuing alarm information, the alarm center can also publish the content of the property management and various notices to the host. At present, this function has been applied in some high-end districts in China.

Perimeter protection system uses microwave, infrared, electronic fence and other technologies to form a visible or invisible â€œprotective wallâ€ at the border of the protection area. When someone passes or wants to pass, the corresponding detector will Send an alarm signal to the alarm control host in the security duty room or control center, and send an acousto-optic alarm and display the alarm position. Some alarm systems will also link the perimeter analog electronic screen, even the linkage camera monitoring system, access control system, perimeter strong Lighting system. In recent years, perimeter prevention has become a basic and important safety precaution in terms of prevention areas and preventive measures.

Faced with the booming perimeter security market, many companies at home and abroad have gradually developed products with high cost performance. For example, several vibration sensors, microphone linear sensors, and magnetic buried sensor cables that can be installed on the fences of fences, walls, and blade ring nets are introduced by RBTEC of Israel. These sensors have high sensitivity. When there is invasion, It will generate vibrations/induce magnetic field changes and give an accurate warning. This software algorithm, which can be used to determine whether or not to report an alarm according to the weather conditions in the perimeter region, reduces the false alarm rate of the alarm system.

One of the important development trends of intrusion detection products is to form a public security alarm system together with television monitoring, patrol management, and fire alarms.

The second trend of intrusion detection product technology is that the product is more stable and reliable. For example, the detector should be resistant to RFI (radio frequency interference)/EMI (electromagnetic interference), lightning protection, etc. to adapt to harsh climate; the product function is more diverse. Such as the detector adjustable frequency, anti-blocking, anti-spray cover, anti-damage, etc.; product appearance is more exquisite, small, in order to meet the growing demand for interior decoration; product design is more intelligent, simple and convenient fortification, disarming, with humanity The interface of the operation; the product networking function is more powerful; the product's compatible expansion performance is even better.

At present, the sales network of intrusion detection products is mainly concentrated in coastal and provincial capital cities. In the future, it will extend to the Mainland, secondary and tertiary markets, and remote areas. In particular, the market potential of Northeast China and Southwest China needs to be further developed. Professional markets, semi-professional markets, and supermarkets may become new hot sales channels. The direct sales network gradually goes hand in hand with agents and distributors.

The market demand tends to be diversified. The demand of users for high-tech products is increasing, and more types of intrusion detection products need to be provided to meet the needs of different users.

Established an intrusion detection network emergency alarm center for user services, and networked with the public security department to provide emergency response services; Established a burglar alarm project using a rental system to reduce users' investment and win market; Established individuals and families through mobile phones and telephones. Alarm system to understand the security situation of the fortification office anytime and anywhere; to develop alarm operation services and intermediary services such as consulting, evaluation, and certification, and to extend the â€œshort legsâ€ of the development of the industry.

After nearly 10 years of growth, the civilian intrusion detection industry in China has a huge space for development in the Chinese market, compared with the penetration rate of urban households in China that is less than 15%, and the invasion rate of developed countries in Europe and America is as high as 70%. From the development history of the developed countries such as Europe and the United States, the launch of the civilian market is the precondition for the burglar alarm industry to achieve large-scale development.

In addition, at the beginning of 2008, China enacted a draft of the "Regulations on the Management of Security Services," and the state began to allow the establishment of private security service agencies.

Integration is a major development direction for security systems, and burglar alarm systems are no exception. The integration of anti-theft alarm systems with other subsystems of the security class, such as video surveillance, access control, etc., has long been nothing new. In recent years, it has begun to be used in residential communities, so it has begun to integrate with smart homes, but these are only the most Simple, basic integration is not a true integration.

At present, most of the intrusion detection systems in the domestic high-end market are foreign brands, which have great advantages in terms of capital, technology, and brand competitiveness. Products in the United States, Japan, Israel, Australia, Britain, South Korea and other countries are mostly. In Chinaâ€™s high-end market for intrusion detection, it accounts for nearly 80% of the market share. Well-known foreign brands mainly include Honeywell (C&K, Anding), Bosch, GE, Japan, Ai Lifu, Israel EL, and Canada Maple Leaf.

The low-end market is dominated by domestic brands, and small-name small businesses occupy the lowest-end markets such as rural and rural areas. Price is the main competitive advantage of domestic brands.

Domestic production of intrusion detection products is concentrated, forming the situation in which Fujian production companies, such as Horn, Mei'an, Ailian, Matsumoto, and Huachang Weiye represented by Fujian, represented by Hongtai, Anda, Moment, etc. . The production enterprises in Guangdong are centered in Shenzhen, and the production enterprises in Fujian are mainly concentrated in Quanzhou. Emerging production bases in Shenzhen and old production bases in Quanzhou have combined 65% of China's intrusion detection products, of which Shenzhen accounts for about 35%, and Quanzhou accounts for about 30%. The rest were: Beijing, about 8%, Zhejiang, about 6%, Guangzhou, about 6%, Shanghai, about 5%, Jiangsu, about 2%, and other regions, about 8%.

With the large-scale production of high-value-added double-cognitive infrared detectors and networked alarm hosts, a group of domestically-established intrusion detection manufacturers have begun to enter the high-end market and compete with international brands for a place.

In summary, with the improvement of safety requirements and the increase of social destabilizing factors, intrusion detection systems will have more extensive applications and more market demands in the military and civil sectors.